With competitions around every corner, 2Hawk focuses its award submissions on those with great national renown and a Pacific Northwest emphasis. Our guests agree with the judge’s choices and appreciate 2Hawk’s beautiful, relaxing setting for enjoying these wines with family and friends. 2Hawk was voted favorite winery in the Rogue Valley in 2018.

With a constantly expanding array of medals from prestigious competitions, 2Hawk’s world-class wines have earned international recognition. Notable accolades include multiple Editor’s Choice awards and 90+ scores from Wine Enthusiast; Gold in the Drink Pink International Rosé Competition two years in a row for Grenache Rosé; and a Panel Pick in the Sip Northwest Best of the Northwest for Sauvignon Blanc.

For a complete list of accolades, see our individual Tech Sheets.

Check out 2Hawk Winery on Yelp 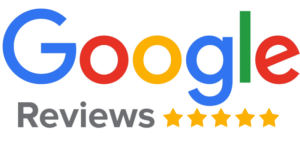 Southern Oregon is creating a buzz internationally for the quality of its wines and the hospitality of its tasting rooms. Our region was named one of the top 10 wine destinations in the world by Wine Enthusiast in 2016 and a top wine region to visit by Forbes in 2017. Couple this with the area’s incredible outdoor recreational opportunities, locavore food scene, and cultural attractions, and you’ve got a winning combination! Read all about it here.

2Hawk: A Journey of Texture and Balance in the Rogue Valley, The Vintner Project, July 14, 2020

Northwest Wine: Southern Oregon a Wine Region Not to Be Overlooked, Tri-City Herald, May 22, 2018

First Tesla Chargers in Medford Arrive at 2Hawk Vineyard and Winery, KOBI News at 10, May 26, 2017

Juicing up at 2Hawk Vineyard and Winery, Medford Mail Tribune, May 26, 2017

Oregon Is Latest Destination to See Its Vineyards As Tourist Draw, Skift, February 7, 2016

2Hawks Sold – There Are New Owners, a New Name, and a New Philosophy at Medford Winery, Oregon Wine Press, November 1, 2014

I regard those as wise who employ old wine freely and study old stories.Plautus (Titus Maccius Plautus)